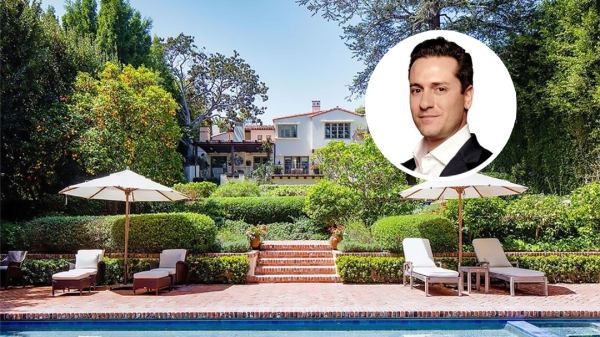 Less than two years after he bought it from powerhouse media exec Dana Walden for $9.5 million, marijuana mogul Chris Ganan has checked out of his resort-style estate in L.A.’s Brentwood neighborhood. The nearly $10 million, off-market deal closed off-market, so it’s not clear what, if any, changes the MedMen Chief Strategy Officer and his wife Stephanie Turner made during their short ownership tenure. Property records reveal the estate’s new owners are a non-famous but obviously very wealthy local couple.

The sale comes amid professional turmoil for both Ganan and MedMen. The once high-flying cannabis juggernaut — arguably the world’s most famous weed retailer — has been plagued by “dismal” finances led by huge losses, and has raced to raise new capital to stay afloat. As for Ganan, he and MedMen founders Adam Bierman and Andrew Modlin were sued earlier this year by a MedMen creditor in an attempt to seize their personal homes as part of an investment guaranty. (The creditor does not appear to have acquired title to Ganan’s Brentwood home before it was sold.)