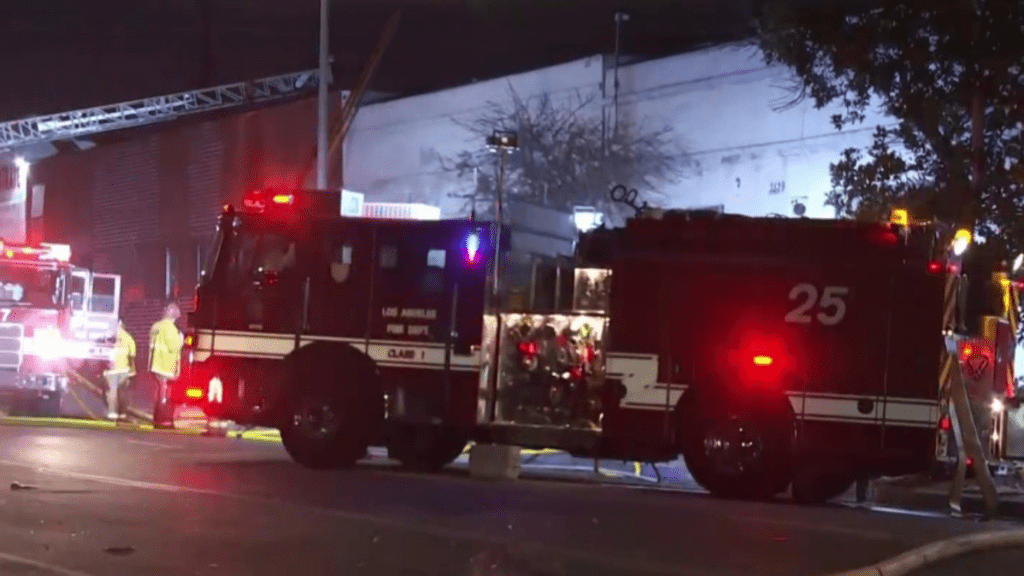 The fire was reported at 2:40 a.m. at a 50-foot by 50-foot building in the 3500 block of East Olympic Boulevard, according to the Los Angeles Fire Department.

The air conditioner fell through the roof while firefighters were trying to put out the fire. Crews also discovered bottles containing unknown chemicals, prompting them to call out a hazmat team.

It took 93 firefighters just under one hour to bring the blaze under control. There were no injuries.

Arson investigators were also on scene. The extent of the damage was not confirmed. It’s unclear if any arrests were being made.